Ceremony of christening and naming of m/v Pilecki

On April 20 2022 another multi-purpose vessel that was built at Chengxi Shipyard Co. Ltd. for Chipolbrok, was handed over to its shipowner. Nine days later, on April 29, the christening and naming ceremony of the unit took place. The ship was named after a Polish hero from World War II - Witold Pilecki, cavalry captain of the Polish Army.

Due to restrictions introduced in Shanghai because of the covid-19 pandemic, the ceremony was held remotely. Therefore representatives of the shipowner, shipyard, Polish Register of Shipping - the classifier of the unit, the Polish embassy and the crew of the unit met online. At the Consulate General of the Republic of Poland in Shanghai the following were present: Consul of the Republic of Poland, Mr. Marek Ciesielczuk, his wife, Mrs. Beata Ciesielczuk - godmother of the ship, and representatives of the Polish side of Chipolbrok, headed by Mr. Maciej Łępicki, Director General of C-P in Shanghai. The Chinese side of C-P was represented by employees of the Shanghai office, including Mr. Zhu Denzhang, CEO of Chipolbrok in Shanghai. In the Chengxi shipyard, representatives of the shipyard's management board were present while the crew of m/v Pilecki with the Captain, Mr. Maciej Mielko, gathered at the ship's bridge.

Let’s remind that m/v Pilecki is one of a series of 4 heavy-lift multi-purpose vessels, being built for Chipolbrok in China. Two units: m/v Herbert, delivered in February this year, and the newly baptized m/v Pilecki, were built under the supervision of PRS and in a dual class system with another classifier - DNV.

After loading the "project cargo" in Shanghai, m/v Pilecki will set out on its maiden voyage to Casablanca.

Below are a few photos from the online ceremony. 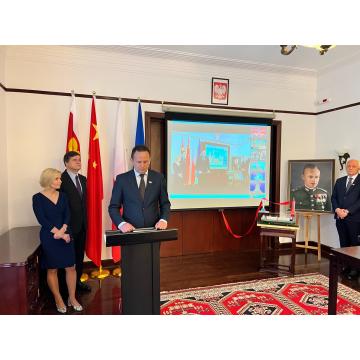 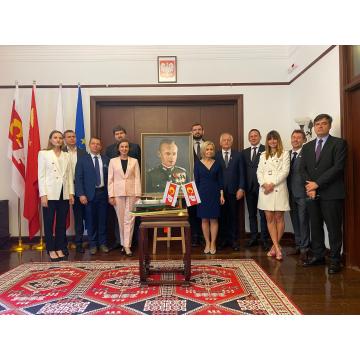 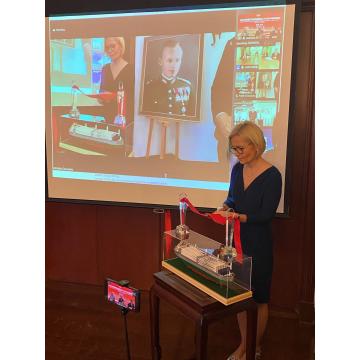 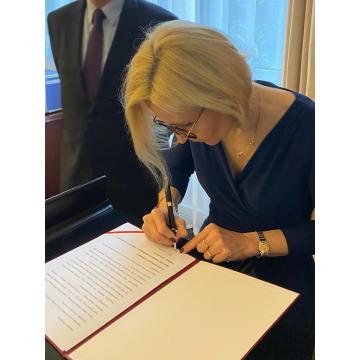 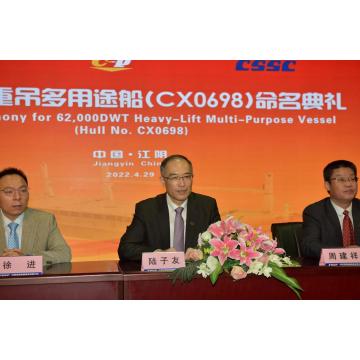 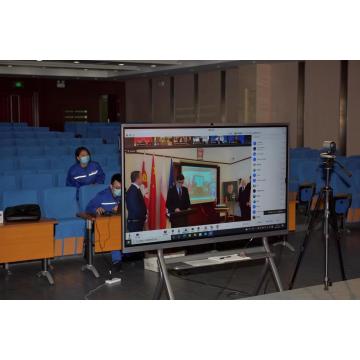 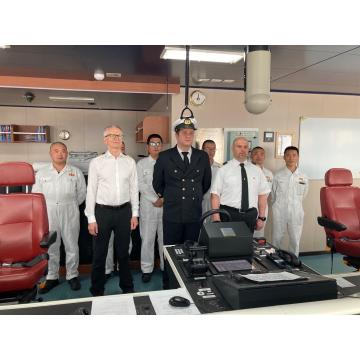 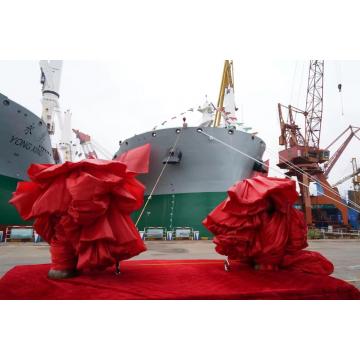 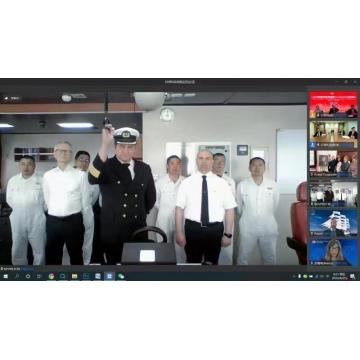 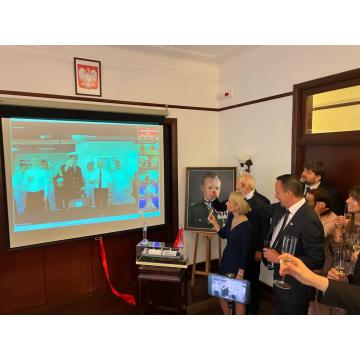 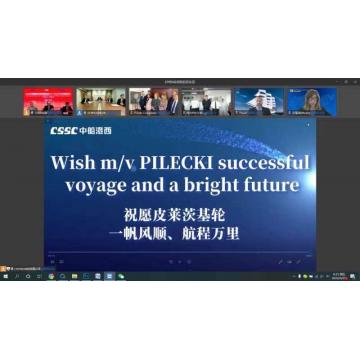