Last Monday, April 12, 2021, at the Chengxi Shipyard Co., Ltd. in Jiangyin, traditional steel cutting ceremony inaugurated the process of the construction of next ship ordered by Chipolbrok. It is the third vessel in the series (CX0698) with a capacity of 62,000 DWT (Heavy-lift multi-purpose vessel / PRS class - * KM DRY CARGO SHIP ACC (942) HC / E CG IWS AUT ECO REC ECO BWM) built under the supervision of PRS in the "dual class" system.

Chipolbrok Managing Director, Mr. Maciej Łępicki and Mr. Lu Ziyou, President of the Chengxi shipyard, gave speeches in which they expressed their mutual appreciation and assessed the project as very important for the shipyard and CP. Among the guests at the ceremony were representatives of CP, shipyard, PRS, DNV, a leasing company and a design office.
The shipowner ordered a total of 4 multipurpose vessels that perform the functions of a container ship. Delivery of the units built under the supervision of PRS is planned for the end of 2022. PRS survey is carried out by the Head Office in Gdańsk in the scope of examination and approval of classification documentation and by a team of inspectors from PRS Branch Office in Shanghai in the scope of survey of the vessels construction and supervision over the production of materials and equipment made in China.
For the Chengxi shipyard, this is the first order for multi-purpose ships designed to carry special and heavy cargoes.

Below some photos from the ceremony.

The construction of a new vessel for CHIPOLBROK has started 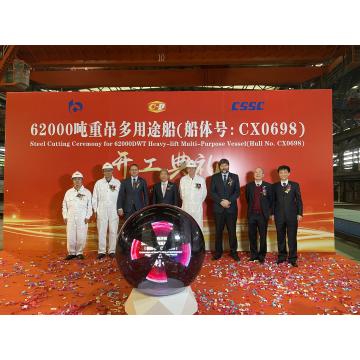 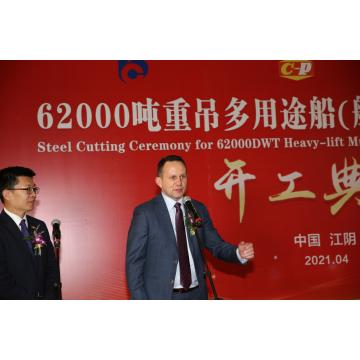 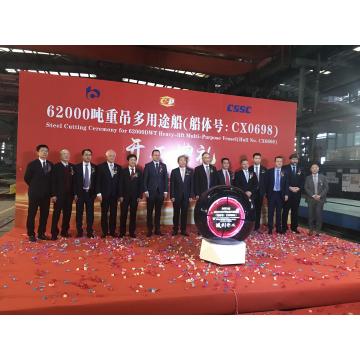 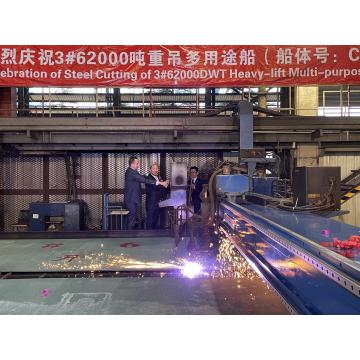 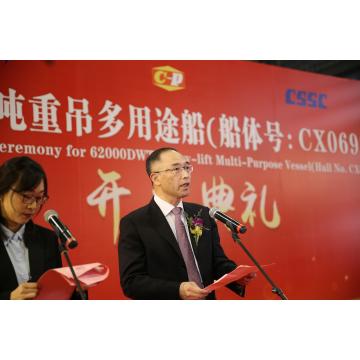