With a great sorrow we notify that Jerzy Wyrzykowski, our long-term employee, former member of the PRS management board, passed away on July 31, 2021.

The funeral Mass will be celebrated in the church of Blessed Virgin Mary of the Assumption - Star of the Sea in Sopot on Saturday, August 7 at 10:00. The funeral (at noon) will begin with a prayer at 11.30 am in the chapel at the municipal cemetery in Sopot. 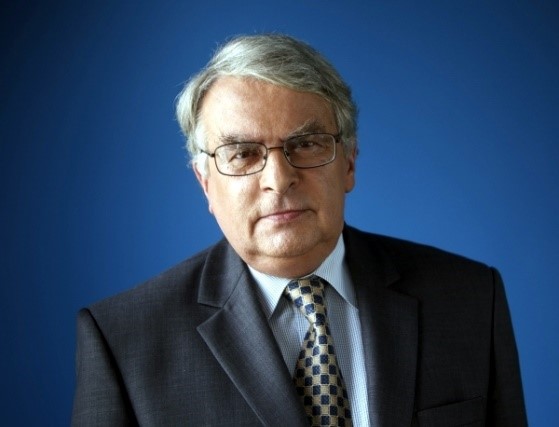 Jerzy Wyrzykowski was born in 1947. After graduating from the Shipbuilding Faculty of the Gdansk University of Technology, he started working at the Gdynia Maritime University as a research and didactic worker. He dealt with the ship's stability. In September 1980, he was elected to the Founding Committee of NSZZ Solidarność - Independent Self-Governing Trade Union “Solidarity” at that university, then to the Union's Audit Committee. In 1982, during the martial law, after seven years of work, because of his activity in “Solidarity”, he was removed from the university. He worked briefly at the Maritime Advanced Research  Centre in Gdańsk, where he also got fired from work due to his anti-communist resistance.

In 1983 he joined the PRS team. For a short period he worked as a field surveyor in PRS agencies at Gdańsk Shipyard and Gdańsk Repair Shipyard, then he was moved to the Hull Department at PRS Headquarters. Inn the following years he was the head of the Commercial Bureau and Director of the External Co-Operation Division.

In the 80-90s. he was representing PRS in the IACS Working Group on Stability, Subdivision and Freeboard (in the late 1980s as its chairman), in 1995-96 he was the Chairman of the IACS Working Group on Amendments to the 1966 Load Lines Convention. During that time he participated many times in the meetings of the IMO Sub-Committee on Stability, Subdivision, Freeboard and Safety of Fishing Vessels (SLF) as a representative of Poland and IACS.

In the late 1980s and early 1990s, he was the Chairman of the PRS Workers' Council. At the end of the 1990s, he drew up the foundations for the Act on the Polish Register of Shipping, adopted by the Polish Parliament in 2000.

From the 1990s, he was handling the issues of cooperation with the administrations of foreign countries and classification societies, and in 1993 he became the principal surveyor responsible for this collaboration. In the following years, he supervised the work of the Internal Quality System Bureau of the Centre for IMO Affairs, which was responsible for preparation of activities of the Polish delegation at the IMO.

From July 2001 to 2013, he was a member of the PRS management board. After the suspension of PRS as a member of the IACS at the end of the 90s, he actively involved in the company's corrective actions. These actions led to the restoration of PRS membership in the IACS in 2011.

In the 2000s, he was the chairman of the INTK - association grouping classification societies dealing with the development of safety regulations for inland waterways ships. He retired in 2015.

A few days ago, by the Order of the President of the Republic of Poland, at the request of the Pomeranian Voivode, Jerzy Wyrzykowski was awarded with the Golden Cross of Merit in recognition of his contribution to the development of the Polish maritime economy.

Impact of Jerzy Wyrzykowski on the development of our company is not to be underestimated. His work has undoubtedly contributed to strengthening the prestige of the Polish Register of Shipping on the national and international arena.