Summary of PRS participation in the SMM 2022 fair

The 30th edition of the international maritime trade fair SMM in Hamburg is behind us. After a 4-year break, 2,000 exhibitors and over 30,000 visitors from 100 countries met there.

The SMM trade fair and exhibition is the largest European trade fair for the broadly understood shipbuilding industry, which includes shipyards and design offices as well as manufacturers of equipment for ships and shipyards, IT products for design offices and shipowners, and a wide range of maritime-related services.

This year, the Polish Register of Shipping was an exhibitor at a joint stand with the Ministry of Infrastructure and the Nauta Shiprepair Yard. The presence of PRS at the fair has been for years a place where our clients expect representatives of PRS management, prestent at fair (this year it was the President of the Management Board, Cpt. Śniegocki, and the director of the Ship Division, Grzegorz Pettke) to summarize the cooperation to date, discuss or agree on current affairs and outline the prospects for extending partnership.

The SMM stands out from other trade fairs in that the latest equipment and technologies are presented here. On the other hand, you can establish numerous contacts that will result in cooperation and bring benefits in terms of finances and "know-how" - summed up President Śniegocki.

On the first day of the exhibition, an important event took place - a formal contract was signed between the Polish classifier and Remontowa Shipbuilding, regarding the supervision over the construction of the next three mine destroyers of Kormoran II type for the Polish Navy.

The fair is, of course, a place to establish new relations, based on specific inquiries from representatives of manufacturers, design offices, service companies, and shipowners.

Thanks to the openness of our entire team, a good approach to potential customers, and to people from the industry who do not fully recognize the PRS brand, we established new contacts. We shared more knowledge about PRS, about a wider range of services provided by other PRS departments - summed up Director Pettke. Such an approach of our staff to other exhibitors and the fair visitors is very important for building a good and substantively broad international image of PRS - he added.

An important motive for talks during the fair is inquiries about participation or readiness to participate in innovative projects, incl. these targeted at solutions to reduce greenhouse gas emissions. PRS representatives have such knowledge and take up new challenges by registering PRS participation in new initiatives based on partnership or subcontracting as an independent verifier and technical expert.

On the first day of the fair, on 6 September 2022, Grzegorz Pettke, as a representative of PRS management, took part in the High-Level Meeting of representatives of the WATERBORNE TP Association (of which PRS is a member) with the European Commission, represented by the Clean Planet Directorate and Research and Innovation Directorate. The participants of the meeting discussed the problems of European water transport. They raised the topic of substantial investment, public and private, in research and innovation, with an intention to achieving the goals set. They also talked about a joint strategy aimed at increasing the competitiveness of the European water transport sector in the world. At the meeting, Director Pettke presented the position of PRS, emphasizing that Polish shipowners and Polish industry must have the support of the European Commission, following the support of the Polish government, in the participation of huge financial resources allocated to the search, development, and application of "green" technologies in water transport (ecological fuels, zero- and low-emission propulsion). Polish companies cannot only be buyers of new technologies or a subcontractor of large projects, but they have to be partners in European research and implementation projects. Such is the meaning of the sustainable development of the EU countries, including in the Fit for 55 Package. More information about this meeting can be found at: https://www.waterborne.eu/images/220906_Press_release_SMM.pdf

We hope that numerous talks and meetings with existing and potential clients, held during the four days of the fair, will translate into a good, fruitful, and long-term cooperation. 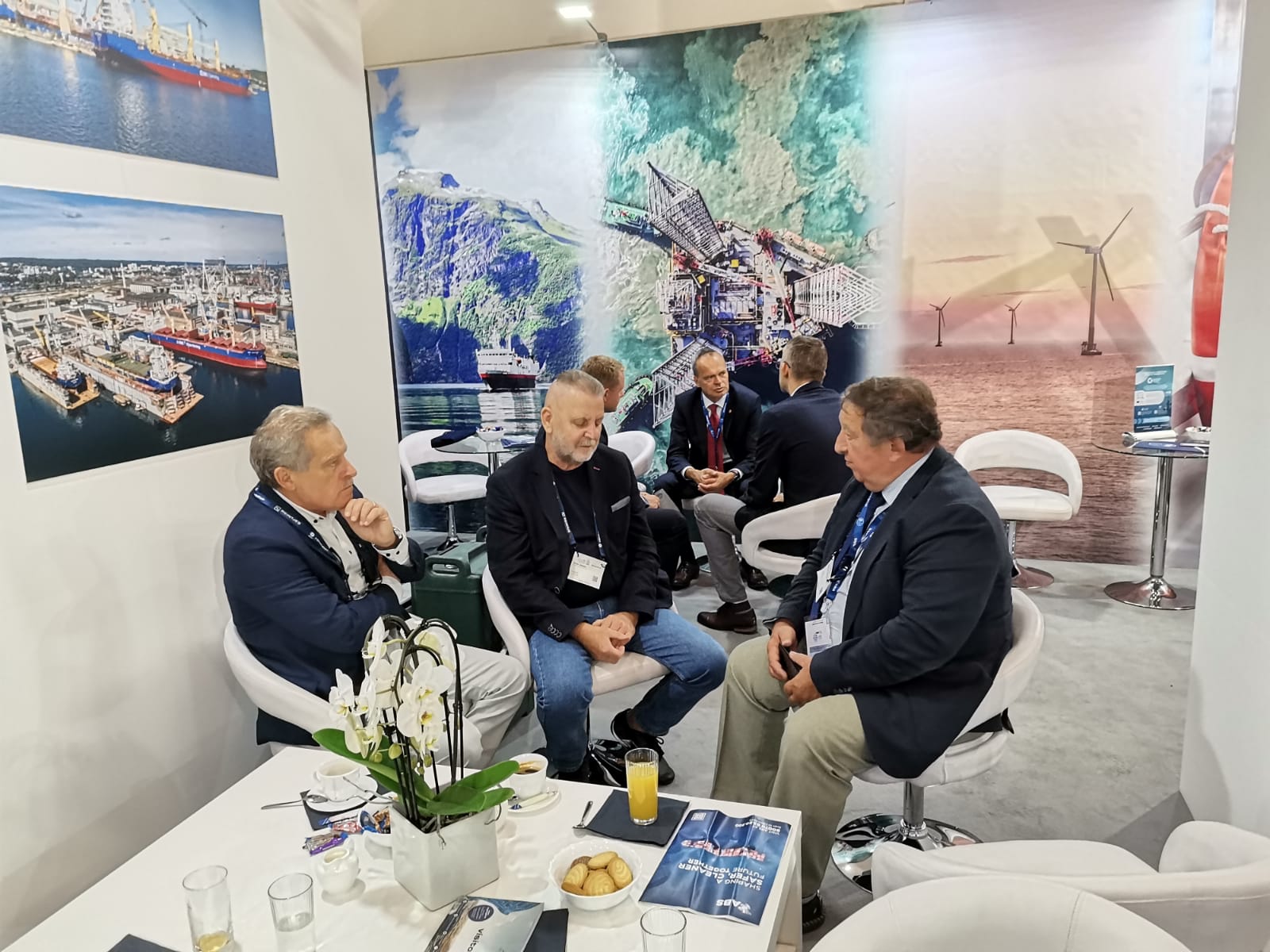 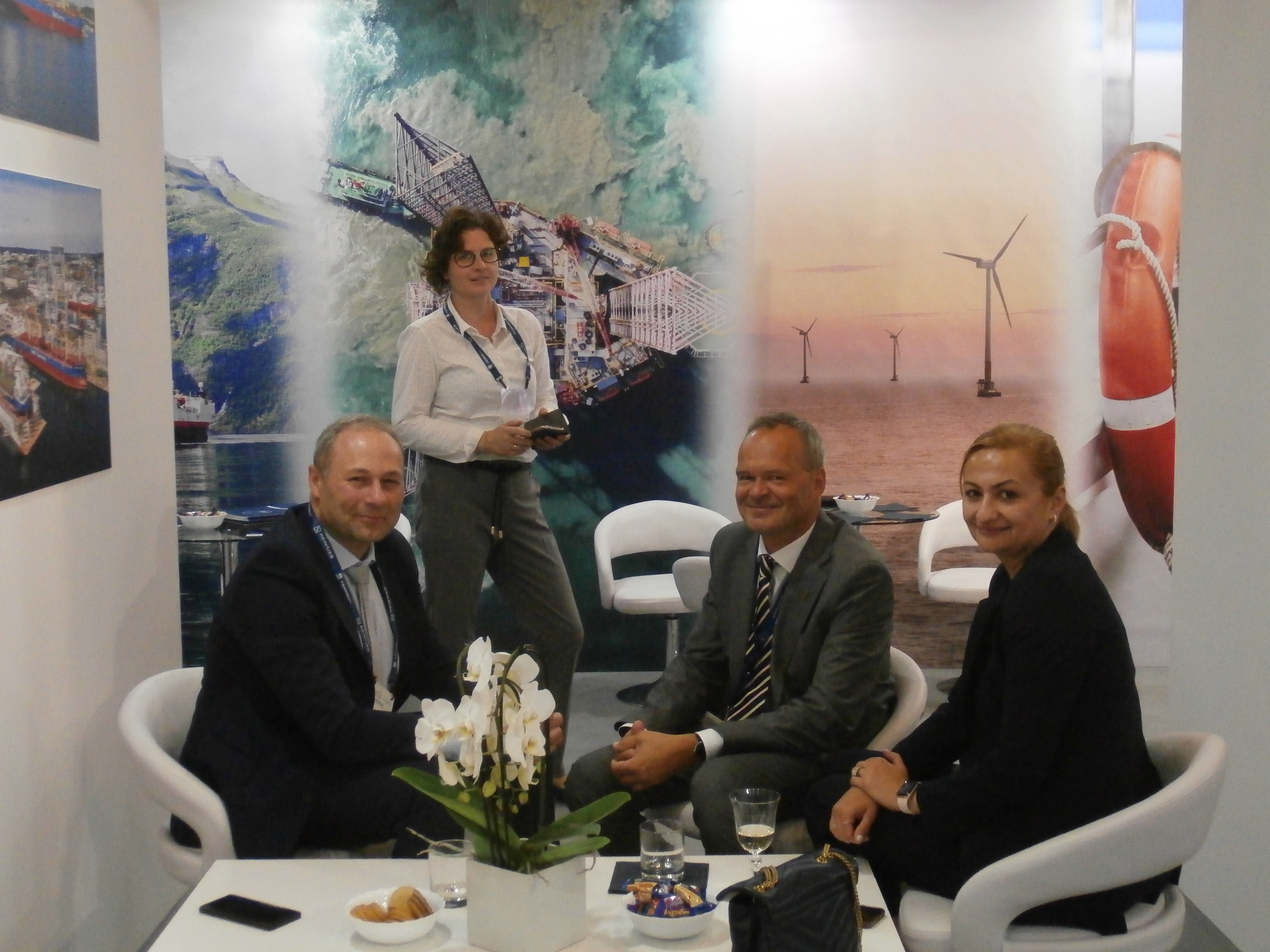 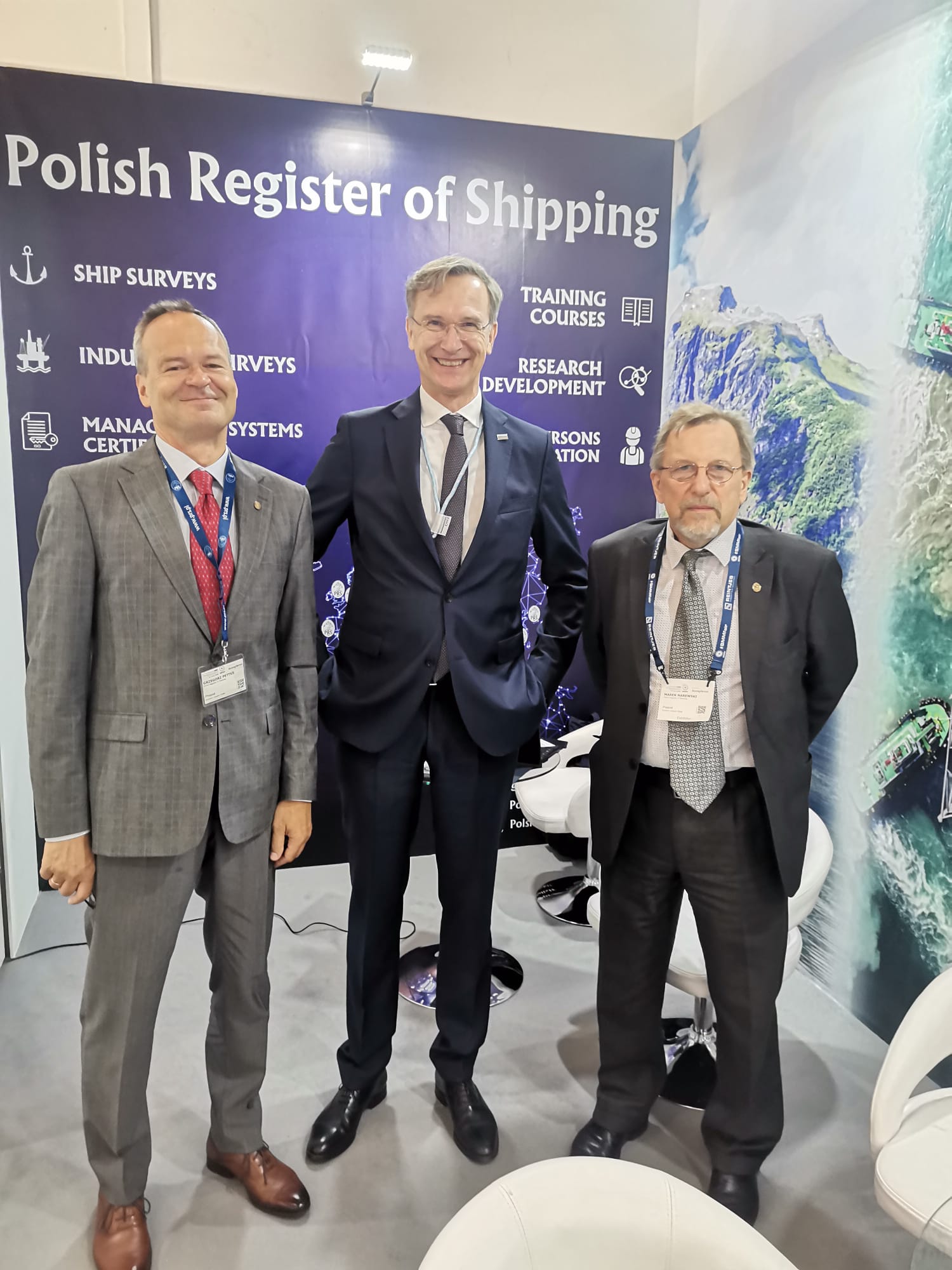 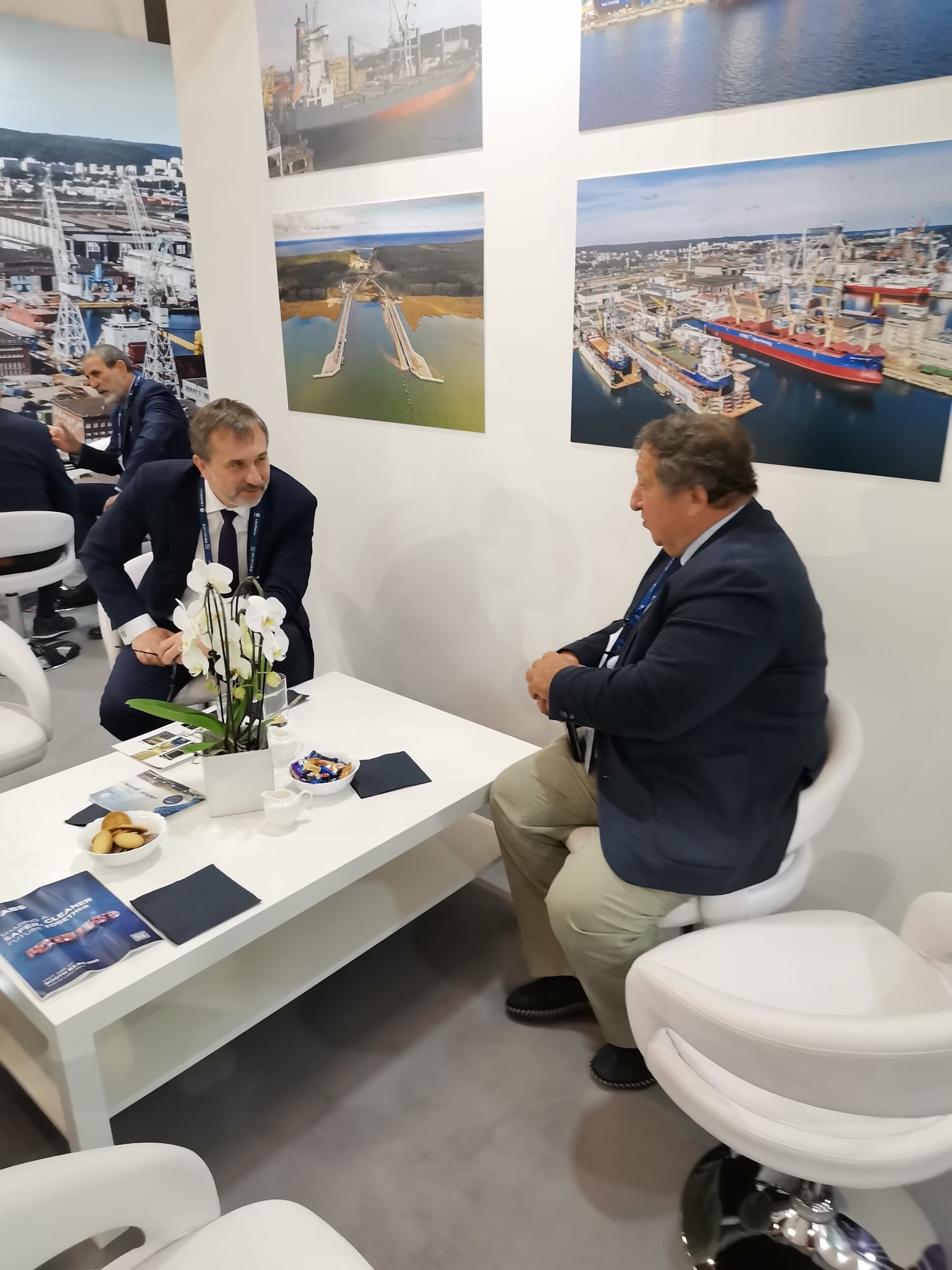 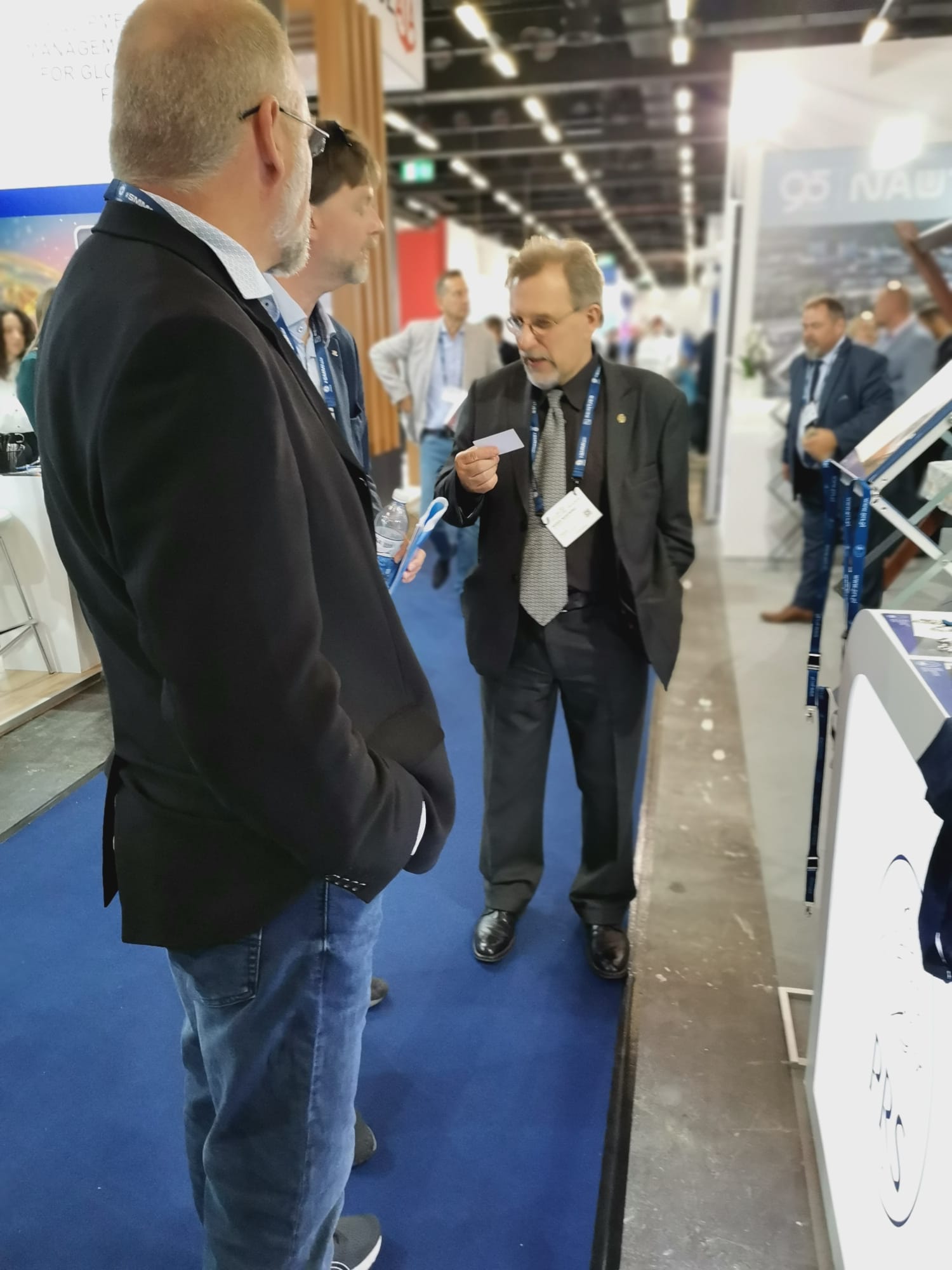 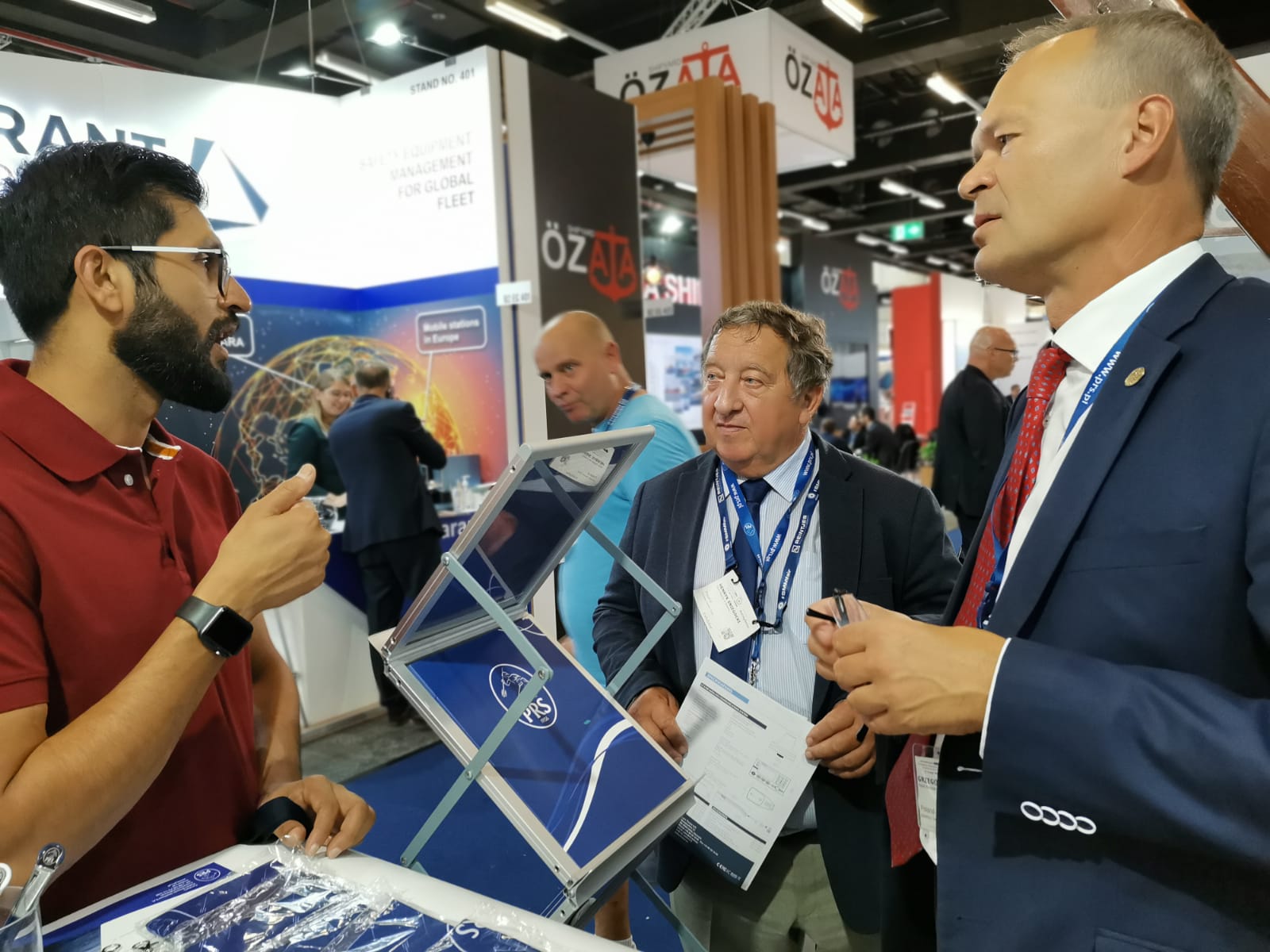 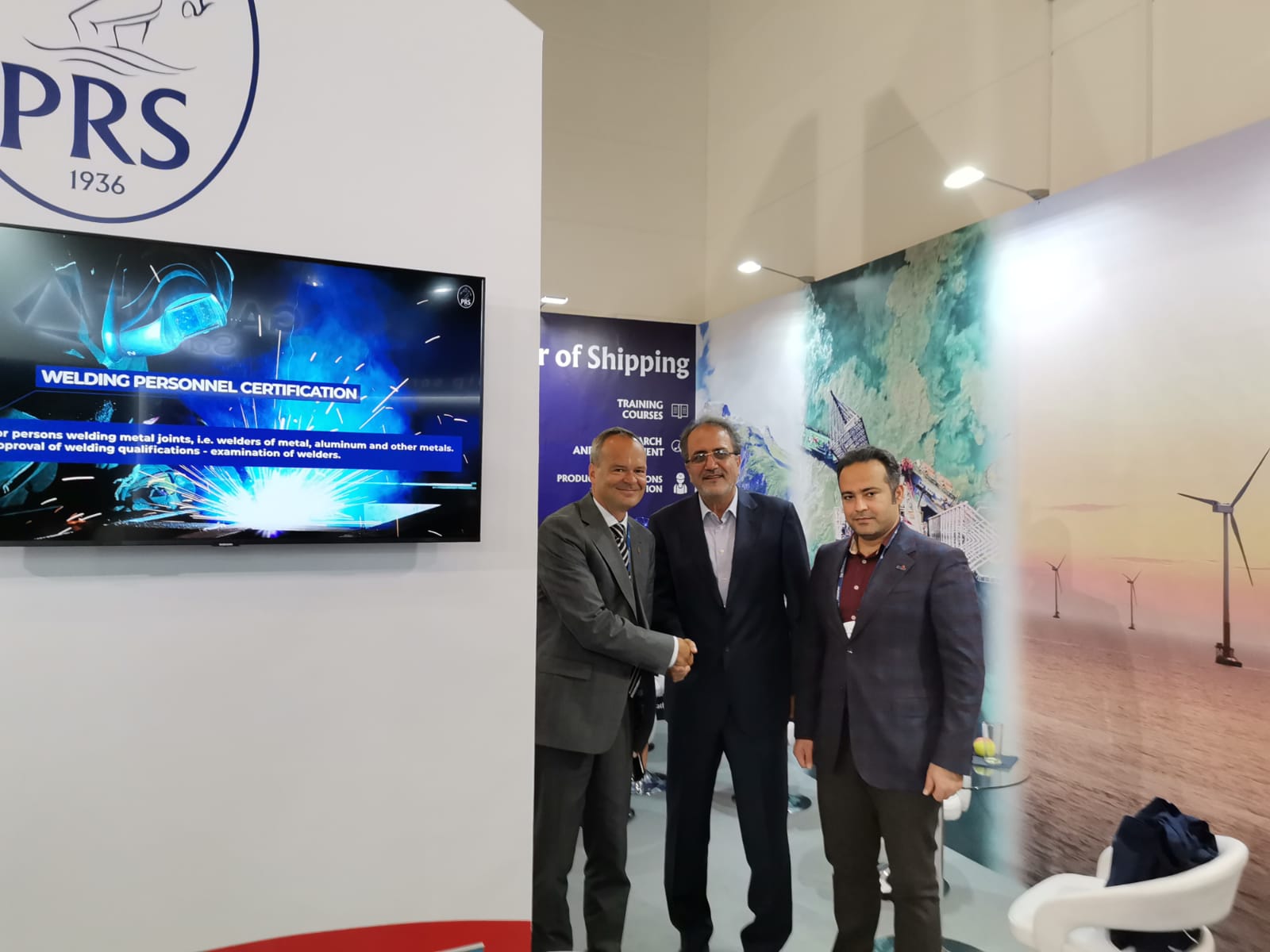 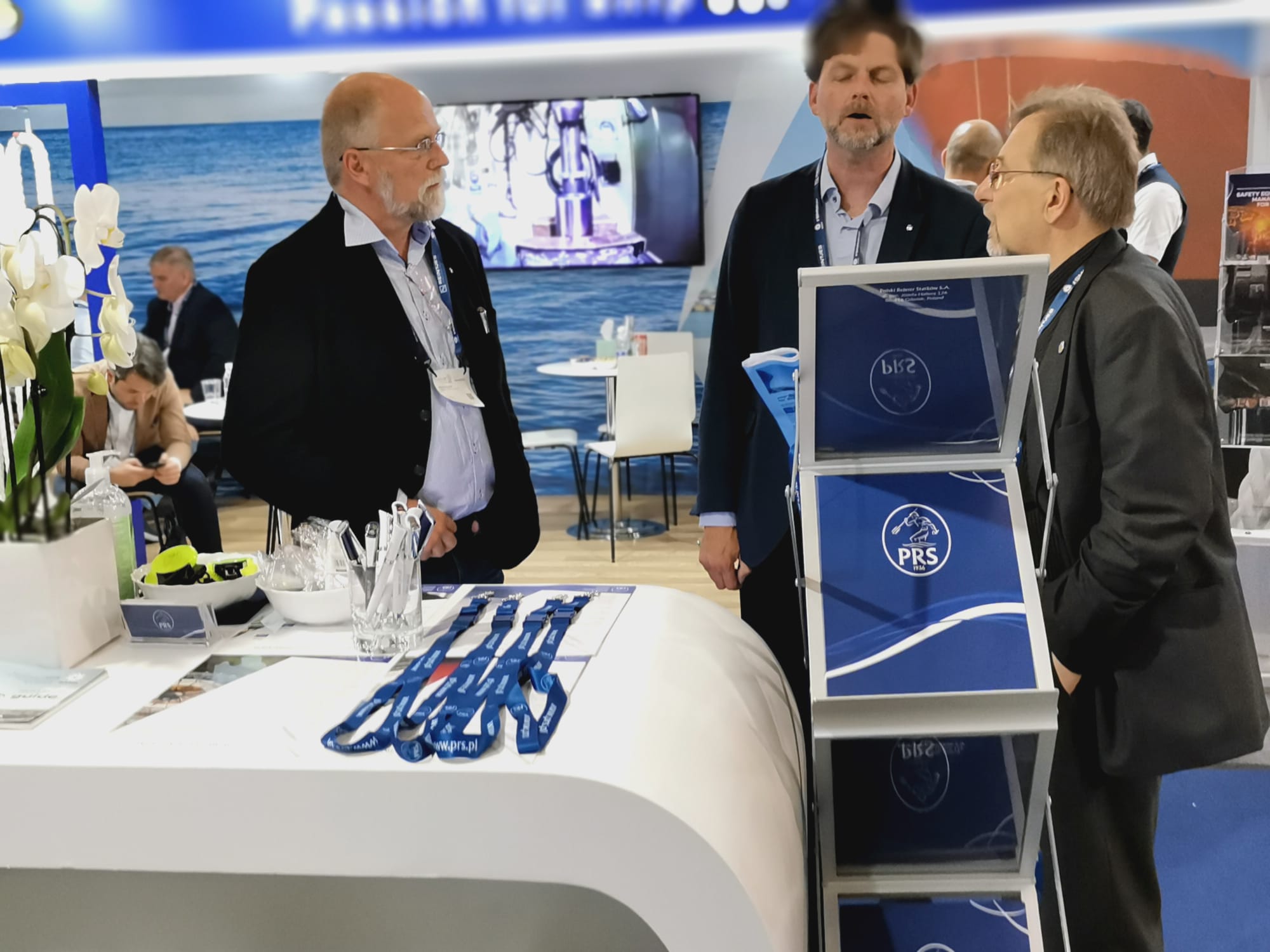 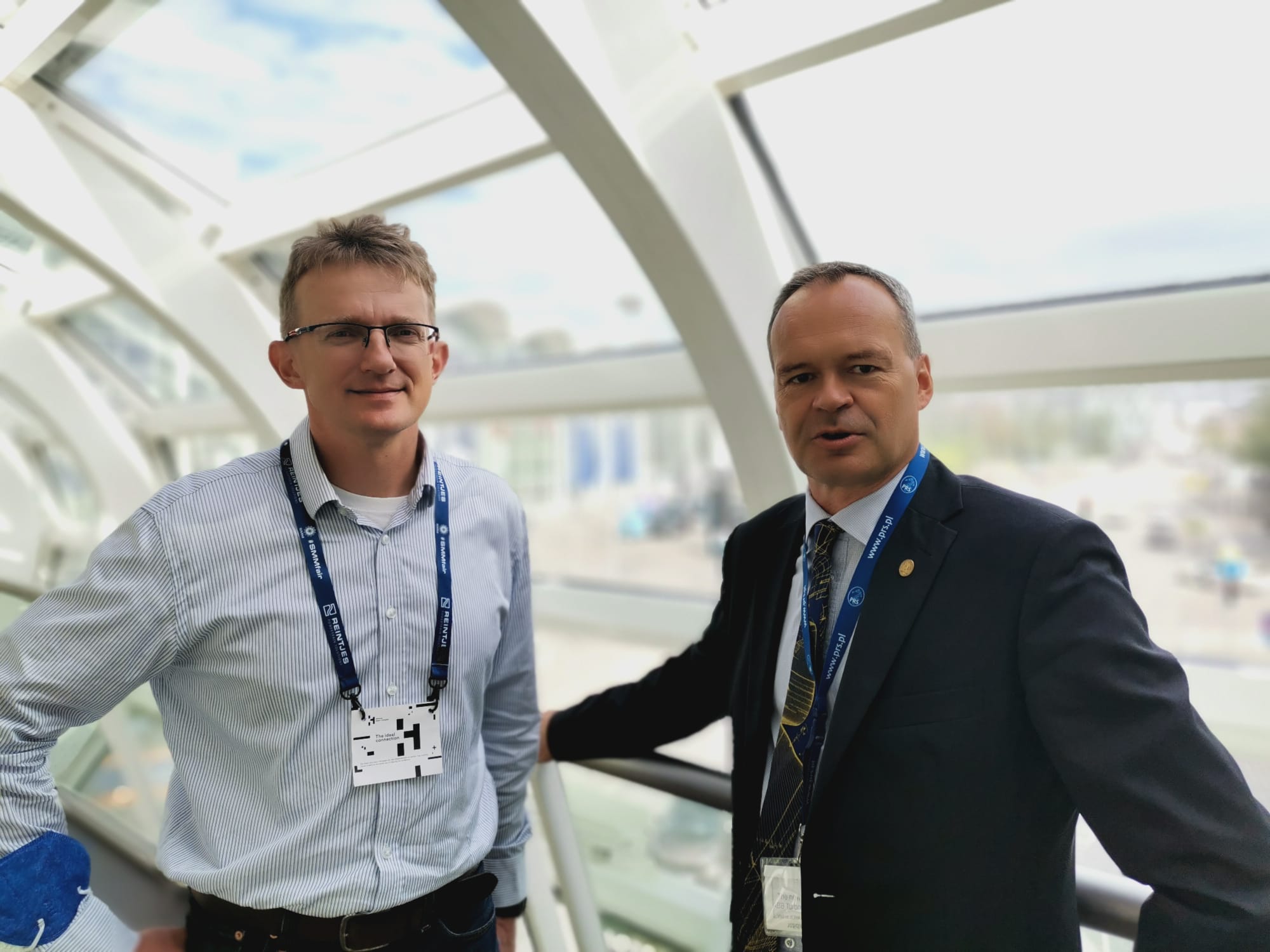 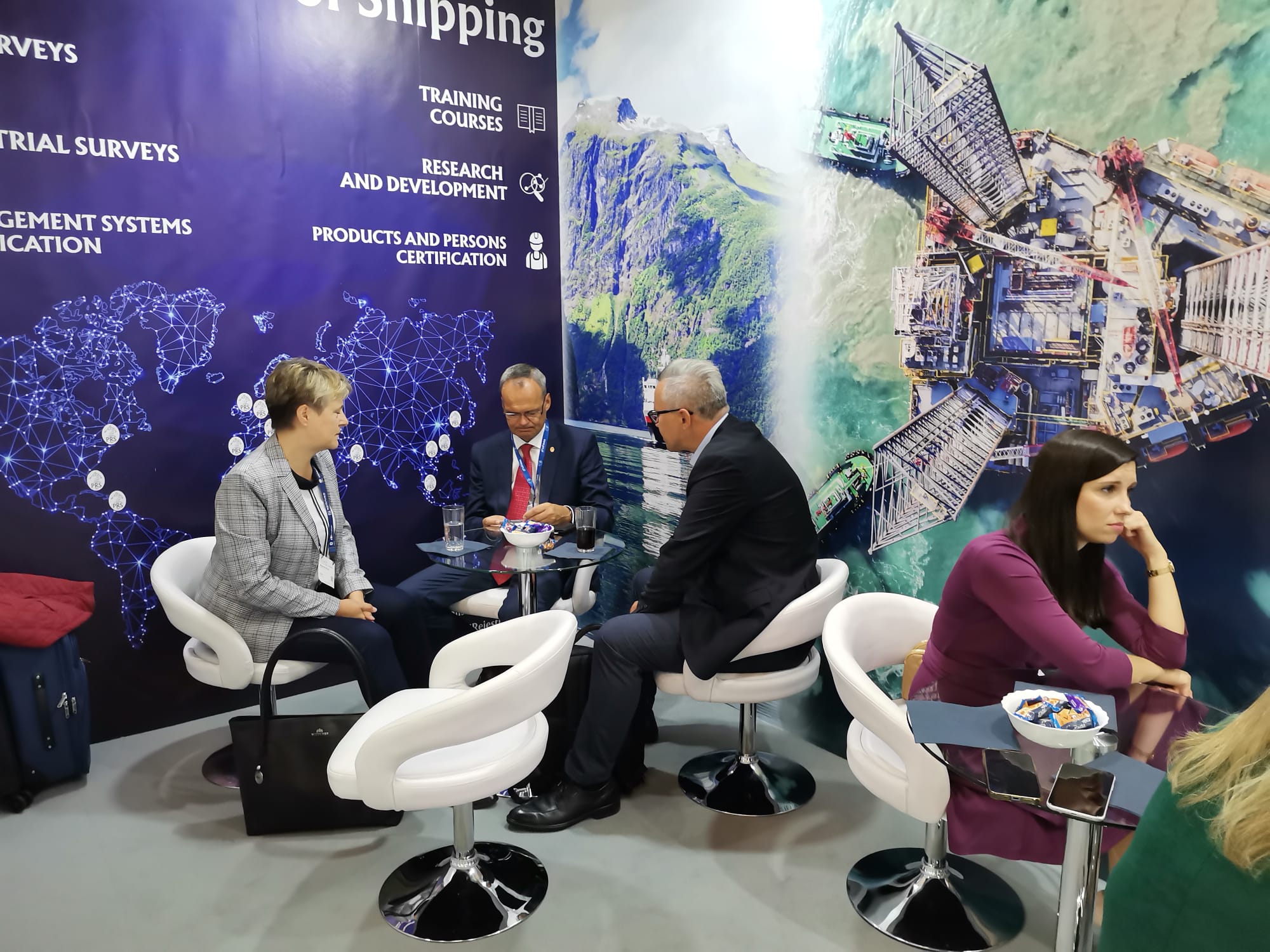