Posidonia 2022 exhibition behind us

Posidonia 2022 exhibition behind us

On Friday, June 10, the Posidonia 2022 exhibition ended - one of the most important international events for the maritime industry, which connects shipowners, shipyards, manufacturers and suppliers of ship equipment and representatives of a wide range of services for the shipbuilding industry from around the world.

It was the 27th edition of the fair, postponed by 2 years due to the coronavirus pandemic, and, according to the organizers, it was the greatest success in the entire 53-year history of Posidonia. It gathered 1,948 exhibitors from 88 countries and 24 national pavilions from Europe, America and Asia. The fair was visited by over 27,000 people.

The Greek and Mediterranean markets are important for the Polish Register of Shipping, so we could not be missing among the exhibitors at Posidonia. In fact we have been participating in the exhibition for many year now. This year again we had our stand in the Polish Pavilion, together with other Polish entities from the maritime industry. The fair was attended by PRS President capt. Henryk Śniegocki, Ship Division Director Grzegorz Pettke,  Ship Division Deputy Director Piotr Tomczak and the head of the PRS Piraeus Branch Robert Domański, supported by the employees of the Branch - Natalia Gafou and Maria Malinowska.

During the exhibition, PRS representatives met with current and potential customers, declarations of cooperation were made from new customers interested in transferring ships to the PRS class. We hope that participation in Posidonia and the contacts established will result in an increase in the tonnage of ships in the PRS class and further development of PRS activities on the Greek market.

The exhibition is not only about business talks between exhibitors and visitors, but also an exchange of views and experiences during numerous conferences and seminars organized during Posidonia. One of such accompanying events was organized by the Embassy of the Republic of Poland in Greece in cooperation with the Ministry of Infrastructure and the Ministry of Development and Technology. The aim of the seminar entitled "POLAND - Thinking out of the box about maritime industry" was to promote the Polish maritime industry. During the meeting, Polish companies exhibiting at the fair, including PRS, had the opportunity to present their offer and potential.

The Posidonia exhibition was visited by the Polish government delegation headed by the Secretary of State in the Ministry of Infrastructure, Marek Gróbarczyk, and the Polish Ambassador to Greece, Mr. Adam Lampert. The gentlemen met, among others, with the exhibitors of the Polish Pavilion, including PRS, and took part in the seminar organized by the Polish Embassy.

Posidonia is also accompanied by sports competitions. These are regattas - Posidonia Cup, golf tournament - Posidonia Golf Tournament, 5 km running through the streets of Piraeus - Posidonia Running Event and a football tournament - Posidonia Shipsoccer Tournament. The team of the Polish Pavilion took part in this year's regatta. The Polish crew, which included PRS employees (Robert Domański and Natalia Gafou), sailed on the IKIGAI yacht - a First Yacht 53 type boat. The competition was attended by more than 45 yachts with over 600 people on board, starting in 4 categories . Our team started in the Performance category and took 14th place in the overall classification. It was the first sailing competition for the Polish crew, so we are happy with such a result. The most important was participation itself and promotion of Polish maritime industry. 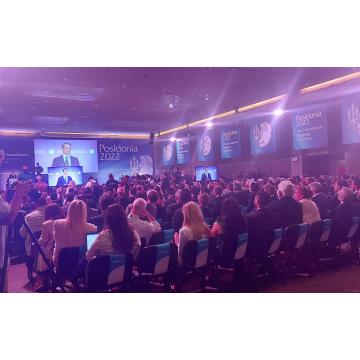 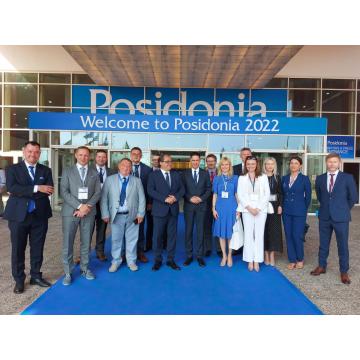 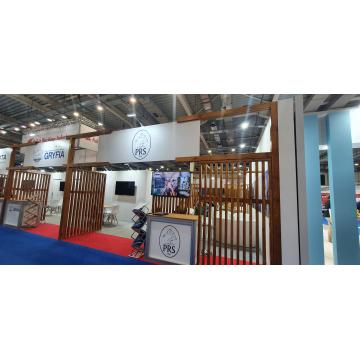 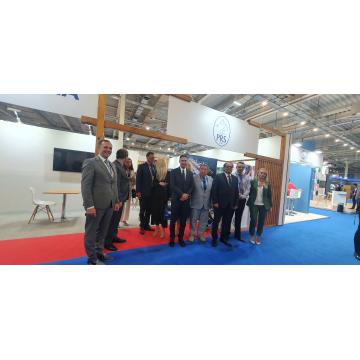 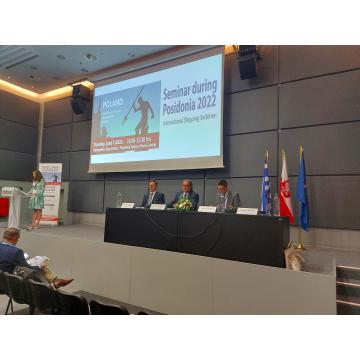 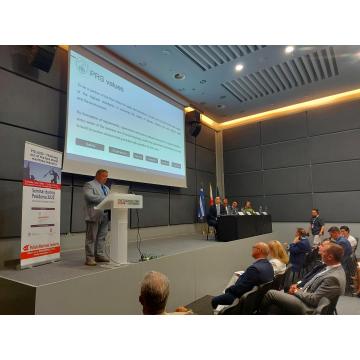 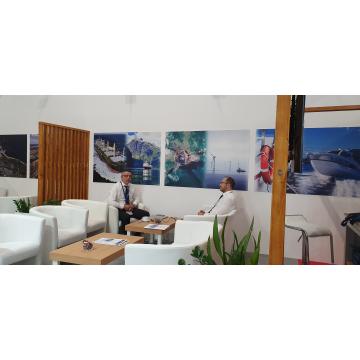 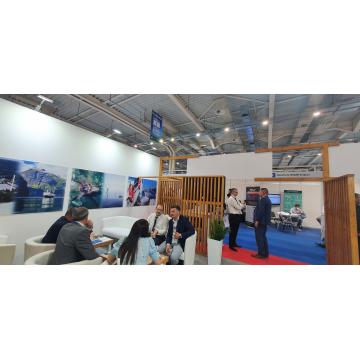 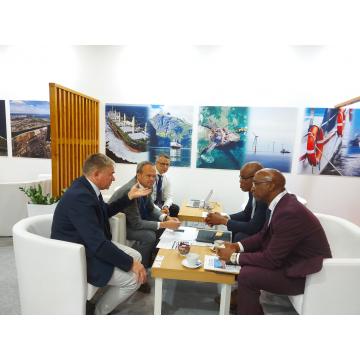 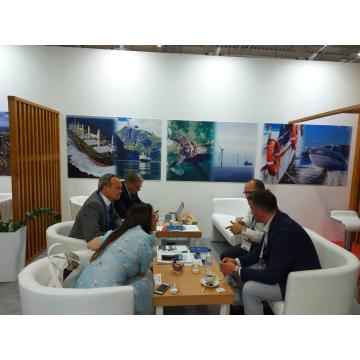