Chipolbrok has received its next vessel

On 18th February in Chinese shipyard - Chengxi Shipyard Co. Ltd. the ceremony of naming and handing over the ship with number CX0697 to the shipowner  Chipolbrok (Chinese-Polish Joint Stock Shipping Company) was held. The vessel was christened by Mrs. Monika Walkusz-Wiechna and was named m/v HERBERT.

The ceremony was attended by representatives of the shipyard, shipowner, classification societies supervising construction in the dual class system - PRS and DNV, and a representative of the Polish authorities, Consul of the Republic of Poland in Shanghai, Mr. Marek Ciesielczuk, accompanied by his wife.

The m/v Herbert is one of four heavy-lift multi-purpose units designed to transport various types of cargo, including those with unusual dimensions, built in the Chinese shipyard for Chipolbrok and one of the two supervised by the Polish Register of Shipping together with DNV. PRS issued a temporary certificate of class and a machine certificate for the vessel.

Captain Krzysztof Trocha will be in command during the maiden voyage.

Below a few photos from the ceremony. 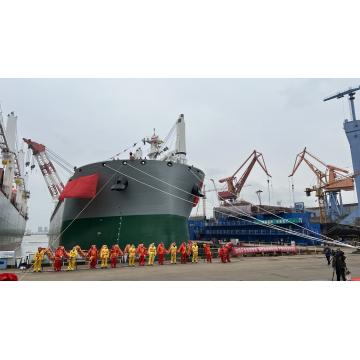 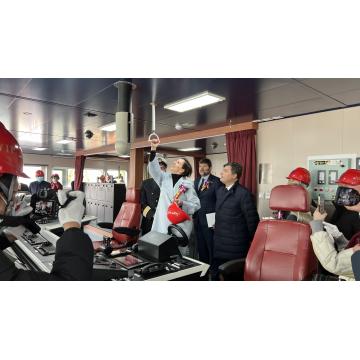 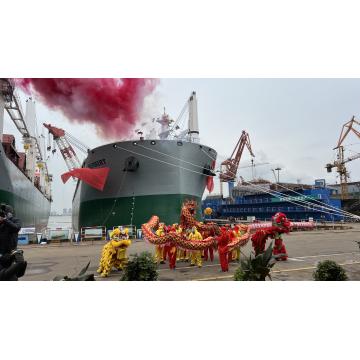 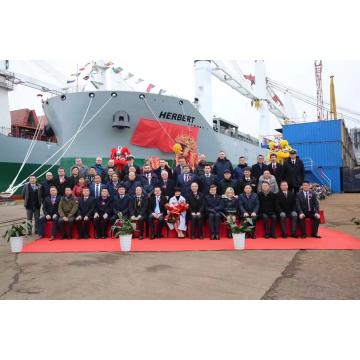